Humans have advanced into the age of the 4th industrial revolution. AI and mechanical machinery once beleived to be a work of fiction, are now possible! This future tech is capable of acting, thinking and communicating just like humans! The advancement have come at a cost however and efforts are being made to impair this next level AI.

In the year 2172, a rogue piece of malware from an unknown vigilante has started to infect next level machinery and turn them against mankind and the uninfected.

The government has entrusted you as the commander of their dwindling army. You must use your wits and will to destroy the enemy and take down their banner. Be warned, there's no safe options in this game, so best go in guns blazing!

Shallow Domains is a turn based strategy game for the C64 that is played against an AI on a hexagonal map.

Every battle fought between you and the defening squad includes just enough RNG to provide a unique playthrough everytime.

Eight character passcode allows you to keep your completed maps.

unless you have a real c64, emulation is your best option

how do you end a turn?

With "z" or the bottom right joystick menu (the hourglas)

Maybe later it'll be like Joystick -> Direction, like in BI, not sure. That was also the first thing I was confused about. :3 But nevermind the controls. Too much fun!

Obviously drmortalwomabat is a CGP Grey fan. Because hexagons ARE the bestagons.

Finally! I have been hoping for something like this for years and years and years! Fun,  accessible strategy on the C64! Sometlike like Battle Isle or Advance Wars! ANYTHING ....

While I still wished there were roads and forest/mountain terrain types (more visible, not only colour representations), or a map editor, this is so damn perfect! :3 Maybe cities to take over, like in Advance wars? A factory or a depot like in Battle Isle?

I am like, begging for more, aren't I. :3 I hope this will be expanded upon in some way! You're awesome! After all these years, finally strategy warfare on the C64, that is the proper thing! :3

A cartridge version with cut scenes, more graphics, multi SID support, story, more units, multiplayer etc. would be an option, it this genre should resonate with a big enough C64 crowd

This is just screaming for it, because there is nothing like this on the C64. Absolutely nothing. And to have such a good one, coming from you now, is breathtaking to me! I'd love any kind of expansion or player made maps, yes. The very first thing I would probably suggest is, using graphics tiles for everything, nothing super fancy, just so it's a bit more easy to read. No idea what cut scenes you were having in mind. Multiplayer is a biggie. I'll drumroll for this! I'd get this boxed. I'd love a floppy version too! It doesn't have to be a one-loader ... being able to save and load maps could open up a kingdom for map making.

The city idea I was thinking of, is taken from Famicom Wars/Advance Wars, I'll admit. But generally -- buildings with a function, or other stationary objects, airport, seaport, ships, subs, ah don't mind me ... Sorry to throw so much at you all at once. I'm just so happy! Lots of love!

Looks great! Do you plan to add 1351 support for future versions?

I would love this as well! 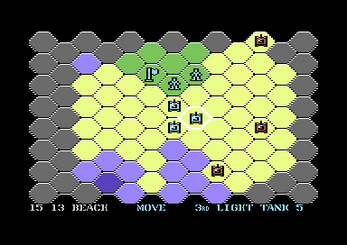 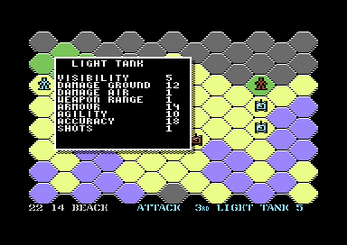 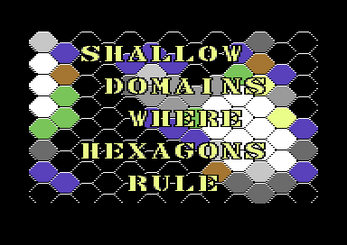 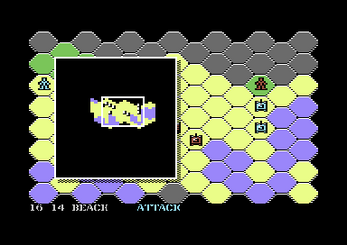 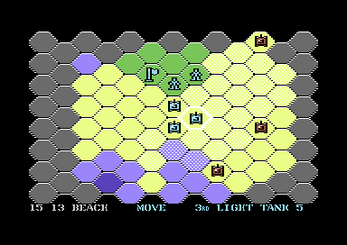