will this work on the C64 Maxi?

We love your games at Reset Magazine and hope to see more. We were hoping to get your permission to put Plekthora on our coverdisk, it's a good fun retro shooter. Reset is a free digital mag made for the Commodore 64 community :-)  Congrats again on your fantastic games!

I would be delighted

Fantastic game! I admit that I just download most of these for free, but after hearing the *amazing* sound effects, I just had to break out the old credit card. Yes sir, sfx like that are well worth the money!

Shmup without music?! Feels boring and barren without a thumping soundtrack, which is a shame as it definitely has potential.

If an update is released that replaces the crappy sound effects with a quality soundtrack then I would be very interested in taking another look. Until then, there are too many great shmups with great soundtracks on the C64 already to waste any time on this.

Crappy sound effect!! What the hell.

Some of the best sound effects I heard on C64.

Music is nice but then it would not been this nice sfx.

Several other people have posted comments that the sound effects are indeed of a low quality, or "crappy" if you prefer. The laser sound effect has been mentioned several times as being particularly poor.

However I was not referring to the QUALITY of the sound effects, but to the fact that sound effects in GENERAL are a poor substitute for a rocking soundtrack in a shmup. A shmup without music is just not a complete shmup in my book - is it just a half finished game that is waiting for someone to finish it properly by adding a soundtrack.

Maybe they got bad speakers. At least on real hardware with good speakers the sfx sound fantastic.

A shmup without sfx is a very bad idea. There are several C64 games where you can choose sfx or music. To play without sfx is to me hopeless in this type of games.

As you know C64 got 3-channels. It is amazing what people can get out of them but in this game often 2-channels are used for sfx.

It is a designers choice. To me this game is very much in the spirit of classic space shooters. A lot of them had no music.

I respect your opinion and I'm not saying that music is a bad idea, but the quality of the sfx we do not agree about.

Maybe, but maybe they just don't like the sound effects and wished there was music? ;) I notice there are several comments on the Youtube video for this game complaining there is no music.... ;)

However, as I said before, the quality of the sound effects is not the issue for me personally - I would NEVER play a shmup that does not have music - to me, music in a shmup is the same as shooting, power ups and boss fights - a necessary and important part of the experience.

Almost all C64 shmups have music - certainly all the best ones - and the soundtracks in a good shmup are celebrated as much or more than any other part of the game. To have a shmup without music, to me, is to have a half finished game that is not worth playing.

I have never come across a C64 game with music that overrides TWO channels to sound effects - ONE yes, many do this - you lose a single track of music playback when a sound effect plays (R-Type, Katakis, Warhawk etc), which I do not like personally and if the option is there I will always switch off the sound effects altogether to prevent disruption to the soundtrack.

Of course it is the designers choice to make any game any way they want, and that's fine. However if the designer is making the game for their own benefit then it doesn't matter, but if the designer wants people to support his product he needs to make a game THEY want to play and support. I have purchased literally hundreds of games on Itch, Protovision, Psytronik, Double Sided Games etc - in fact, I try and purchase almost every C64, ZX Spectrum, Vic 20, Atari 8 bit etc game that is released to support further releases. I purchase shmups, platformers, puzzlers, text adventures etc. However, I draw the line at a half finished shmup with no soundtrack. But again, that's just my opinion - if you like a barren stark sounding shmup with no soundtrack then enjoy.

As for many C64 sshmups not having music - I DEFINITELY disagree. If you made a list of either ALL the C64 scrolling shmups, or even a list of the top 20 shmups on the C64 I can guarantee you that the vast majority of them have a soundtrack. Armalyte is one of the few that comes to mind that doesn't, and I always thought it was a boring bland shmup because of it - but again, that's just my opinion.

I just think it is a shame as the game looks quite decent..... it just doesn't SOUND decent, but could have done. Still, don't let me stop you from enjoying it.

I can promise you that your comment will not stop me for enjoying the game!

We play this game now in the C64 Hiscore challenge.

For June we played Starforce. If you select sfx there is no in game music.

In Mai we played "Xerons" No in game music.

A lot of the games I mention here even got crap sfx.

Armalyte as many consider the best C64 shmup got nice sfx and with music it could not been that good sfx. I would not change it for music and 1 channel sfx.

R-type got great music but the sfx is crap. Hard to play that way. I get almost no feeling playing the game. Much better on Amiga but there you got 4-channels.

Not saying it is impossible with sfx and music.

Sarah Jane have done it great on C64.

Nice that you buy and enjoy retro games :)

I buy most C64, Spectrum and Amiga games.

I've played many games with the music turned off but sound effects on. Then I could play my own soundtrack and still have sound effects.

But don't get me wrong, I do appreciate good in game music.

That's fair enough. For me music is a make or break in a game - ESPECIALLY a shmup (I used to pity Speccy owners playing "shmups" without music).

No music? That's a pass for me.

In C64 hiscore challenge we are in august playing this game.

Please join the fun!! The game we already love a lot. Thanks!

Reply
Richard of TND1 year ago

This is an excellent shoot 'em up. Very challenging, also highly addictive. If this game was revealed back in the late 1980's/early 1990's, it would have made a great budget game title. Great quality.

Great game! It is so old-school and so fresh at the same time! Congratulations!

This is a nice sideways shooter and quite enjoyable.

It reminds me a lot of "Rearguard" from the TRS-80 Model I.

thanks for continuing to support the C=64 after all this time. it's great to see new releases coming out :-)
Reply
noggerinos1 year ago (2 edits)

it's good but could be great if it had better shooting sound fx, the existing one's are poor and bring the quality of the game down as a result. the laser sound is especially bad.

Excellent game. So much fun. Thanks again. The C64-wiki article is now available in English: https://www.c64-wiki.com/wiki/Plekthora

This game is very good! Thanks. 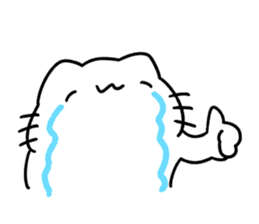 This little shooter is so much fun to play. Thank you, for bringing such great stuff to our beloved, old machine. I've just created a (German) C64-wiki entry for it: https://www.c64-wiki.de/wiki/Plekthora

An English translation will be available shortly! Please don't let us wait another 35 years for your next coup. ;)

This is good fun, there are some nice design touches here and I really got into the action. Best so far is 187,000 and level 9 without continuing.

Receive my sincere congrats. Great game, it will become fast a classic one in its genre. 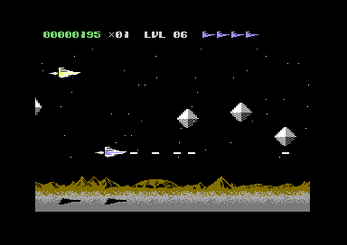 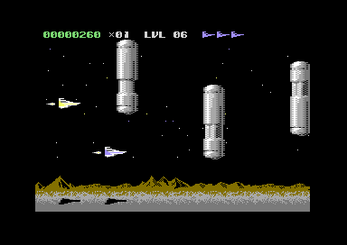 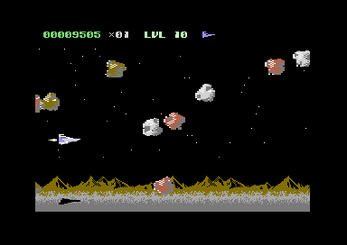