If you ever believed that fast 3D space action on the C64 was a case of flickering wireframe - well you are in for a treat.

Explore a series of systems and galaxies, stringed together with wormhole technology.  Upgrade your ship with various devices and use ancient artifacts.  Fight pirates, aliens and ancient robots to keep alive in a hostile universe – or become a pirate yourself and take it from the rich.

Every game is different, but a codeword system allows you to bring you worldly possessions into your next incarnation. So you can build up your ship to reach the final goal over many sessions.

Optimized for C64 PAL - but will run on NTSC (maybe a little too fast).. Vesion 1.01 will now also work with accelerators such as SuperCPU.

Fantastic work... I found this more enjoyable and playable than ELITE

Totally awesome game. I am looking forward finding my first artifact (currently in the second galaxy).

I was embarrased by the Zzap review. This game is fascinating, the 3D engine is the best in years (ever?), and I really love the "depth" of the concept. I wish there would be more releases like this, exploring tricky genres for the C64.

Very cool rogue-lite space exploration shooter! Reminiscent of Elite and Privateer but more streamlined and without the trading elements. Looks great on my 1702 monitor and runs with very playable framerates on real hardware. In the manual it mentions that velocity can be changed with a third button and pressing up and down. Does that mean support for the 'second button' connected to pin 9?

Pin 5 and pin 9 (paddle inputs) are mapped as joystick button 2 and 3 ... I don't know which is which, I tested this on Vice, but I was told it works fine on actual hardware.

I just gave the game a quick test on real hardware accelerators, and it works flawlessly on SuperCPU, Ultimate 64, and Turbo Chameleon.

Thanks for the great game and wide hardware support.

Sorry but this is the only way I found to contact you .

I would like to speak about Gate of Ancient in the news of September for my french youtube channel Commodore 64 Mania.

Would you be so kind as to answer a few questions ?

Awesome! Released a short video showing the first minutes of the game:

Awesome! If you'd like to team up for a commercial grade physical game release, give us a wink through our contact form on our website (www.protovision.games).

A real media release would be awesome.

Version 1.01 also works perfectly with the 4 MHz accelerator on MiSTer. At the end of the video I overlooked the status message telling me to fire at the gate switch so I accidentally rammed it, but 1 hour and 50 minutes is enough for my gameplay I think. Anyway, this game is awesome. Great job, guys!

Wow. Unbelievable. Super awesome that games such as these are being made once again for our Commodore 64. I can't wait to try it. Is there any hope for a physical boxed version?

Hi, thanks, what a quick update! It now works flawlessly on Ultimate64! 4 MHz already are sufficient for 50Hz fluently filled vectors!!

Hi, just tried the game on Ultimate64, but unfortunately when enabling higher clock speeds (of the 6502) the game wont work anymore, as joystick detection seems to fail.
Would be great to see this game work on accelerated c64 machines like Ultimate64. . . . .
Thx

Version 1.01 should now work on accelerated C64s, give it a try.

I can confirm that it works great at 48Mhz

Pretty nice! This is the game I would rather see running on Commodore Plus/4:

I would pay for a Plus/4 version of this. Keep up the great work!

I agree that a Plus/4 port would be great. But who would do this?

Heh, the owner of the source code, probably :)

Just thought I'd add that I would pay for a SuperCPU version (not just fixed to work at faster speeds, but properly 65816/65c02 native)

Great game! polys are faster than I expected, would love to have one of your titles on our cover disk for "ZZAP! 64", drop me a mail! jazzcat6581@yahoo.com.au

Been playing for some days now, and the game is great!

But I feel that on real hardware the game is not so much enjoyable, since there is no real way to save your progress: restarting at code only gives you money and artifact, and I don't think that travelling all the way to the end on a single setting is possible.

It could be really nice if you can save your actual progress in any way, or if the code could include also your ship upgrade and your traveled galaxyes

If you collect enough Wormhole artifacts, you can jump to the last galaxy right at the start - summon a trader or two with the trader artifact, and use scanner artifact to breeze through the last galaxy.

Really fantastic game, am playing for a couple of days too now and love it, but the wormholes don't work that well for me ... I use them, and then got stuck twice already when I did a  jump which gets me back into the first galaxy, but can't fly back because the gate back is still locked. Just right now it was the first jump I did, so seems a bit like russian roulette with pressing the trigger 5 times if I want to explore more galaxies after the use of a wormhole. Am using FC III+ to get anywhere.

Also if I would jump into the last galaxy straight from the beginning I guess I would just be cannon fodder for the enemies there, since I wouldn't have a shield yet or anything else, wouldn't I?. Also the Traders are a bit irregular, I went all the way to the 4th galaxy, and checked every single waypoint, without finding a single trader, so had a bunch of cash but couldn't use it. Luckily I've found at least a basic shield by then in some loot, wouldn't have made it otherwise.

This sounds a bit negative, but in fact I'm loving the game, and enjoy it! Just saying in its current format I wouldn't be able to progress without a Freezer.

There is a trader artifact, that you can use to summon a trader without the need to search for one.  If you look into the galactic map, you can at least see, which systems have the down gate. 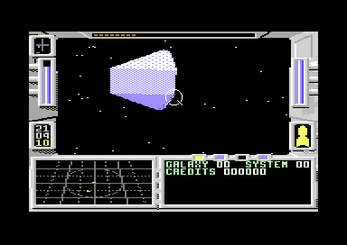 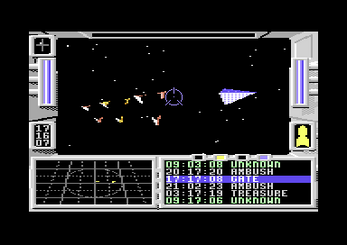 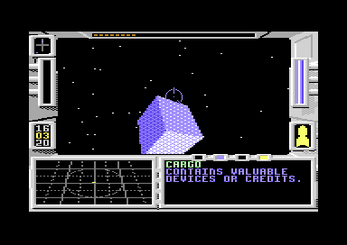